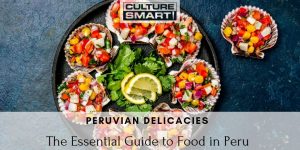 ‘What’s your favourite Peruvian food?’ is a question that you are guaranteed to be asked over and over when traveling in Peru. Food is an obsession for most Peruvians but a justifiable one as their cuisine is recognised as one of the best in the world.

Peruvian cuisine has its roots in ancient superfoods such as quinoa, avocados, maize and potatoes as well as integrating more recent influences of Japanese and Chinese cuisines.

However, your answer to the question will very much depend on where you have been in Peru as there are significant variations around the country.

The Pacific coast of Peru has one of the greatest abundances of seafood in the world. This has led to the creation of some truly delicious dishes.

The most popular is ceviche – raw fish flakes with red onion slices and aji (hot chili) marinated in lime juice. Best eaten freshly prepared in a sea-front restaurant, a fish with firm flesh such as lenguado (plaice) is the premium choice.

A similar alternative is tiradito – ceviche without the onions. It is often served in a creamy sauce made with different types of peppers.

Chupe is a rich fish soup often containing shellfish such as crab meat and prawns as well as sweet potato and maize.

Conchas negras, which can be found in the mangrove forests around Tumbes, are considered a great delicacy as is tortilla de raya (skate omelette).

Comida criolla, which integrates ancient pre-Columbian foods with Spanish cuisine, has its origins in the small Afro-Peruvian population south of Lima but has now spread all along the coast. Tamales consist of maize mash stuffed with either pork or chicken pieces. Tacu-tacu is a mash of refried beans and rice, the special version has a fillet of lenguado in the centre.

Along the north coast aside from the seafood, two plates dominate:

Arroz con pato, a huge mound of rice flavoured with coriander and peas, surmounted by a large piece of roast duck.

If you enjoy spicy food then the plate to try around Arequipa is the firey rocoto relleno, a hot pepper stuffed with mincemeat and cheese.

The large herds of alpaca in the south mean that an alpaca steak, one of the lowest cholesterol meats, can often be found on many menus.

In more rural Andean areas you may find villagers preparing a pachamanca, an assortment of meats, varieties of potato, maize and yucca cooked by being buried in a pit with hot stones for several hours. Be the first to receive tasty morsels wrapped in a banana leaf fresh from the ground.

The sierra cuy (guinea-pig) is a popular delicacy though usually only eaten by locals during festive occasions. Cuy chactado, roasted so that the skin is crispy, is the most delicious but you may also find it in stews or roasted over an open fire on a pole.

A whole cuy is a substantial portion and will be served complete with its head and feet. A quarter or a half cuy is more manageable. Peruvians are hueseros – bone chewers – so feel free to pick up the bones.

Most jungle lodges stick to international cuisine with a few local ingredients. But if you venture into town a common breakfast snack is juanes, deep-fried rice balls stuffed with minced meat and olives.

Fish features heavily on menus either grilled or in a sudado (fish stew). Occasionally, restaurants may offer carne de monte (bushmeat) such as deer, peccary (wild pig) or picuro (a large rodent).

Wherever you are in Peru you will find the following:

Pollo a la brasa – Peruvians and most of South America rave about the way in which Peruvians prepare spit roast chicken. This is a popular evening meal.

A variety of street foods can be found on street corners. Avoid the deep fried because the source of the cooking oil is often variable but anticuchos, a brochetta of beef heart strips grilled on request, are a safer option.

Given the choice, our favourite meal would be…

Main course: lomo saltado – tender strips of beef fried with slices of tomato and onion in a rich gravy mixed with chunky chips. 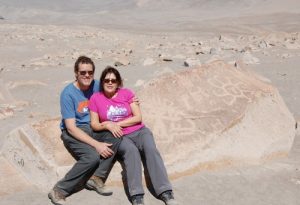 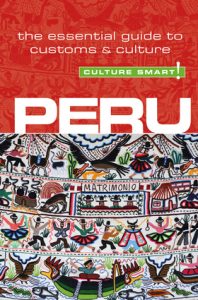