Wednesday Wanderlust is back! In these posts we shall be sharing information on the etiquette, values and attitudes of different countries around the world.

This week’s post focuses friendship, manners and greetings in Eastern Europe and highlights the relevant cultural norms for Hungary, Poland, Slovakia, Russia and Romania. Traditional versus contemporary greetings divide the older and younger generations within these countries, with similar norms being visible across the region.

Good manners begin with a greeting. Stand up! Only the old and frail stay seated for greetings. Like other Eastern European countries, the practise in Hungary is for a man to make the first greeting to a woman, a younger person to an older, a subordinate to a superior, a salesperson to a customer, and someone entering or approaching those already present. It’s bad manners not to greet people, and worse not to return a greeting. As Hungarian writer István Mácz says, “the reply to a smile, is a smile”.

Traditional Romanian etiquette requires that a younger person greet an older person first, although few people still have that expectation. The convention is that a child should greet an adult, and a man a woman, by saying, “Sărut-mâna,” which translates to, “I kiss your hand”. While some old-school gents will accompany this with the described action (particularly in smaller towns,) foreign men are not expected to do so. Among younger people. The conventions are slightly different. Upon arrival, the theory is that a man shakes hands with the men present and acknowledges the woman with a nod and a “hello” of some form. However, in practice, the arriving man will often shake hands with the other man and ignore the women.

Consider the appropriate form of “bodily contact” when meeting somebody, both after being introduced to a Pole for the first time and when meeting again after that.

Much like Romania and Hungary, the generation gap is a key factor. Younger Poles will be comfortable with more modern, Western greetings such as “hello” and a simple handshake. When meeting someone for the first time or in formal situations, the standard greeting between men is “dzien dobry” (“good day” or “hello”) followed by a firm, hearty handshake. Between women, this is the standard greetings as well, with a light handshake. There are no clear rules between a man and woman, but women should be aware that older Polish men will often bow slightly to kiss a woman’s hand as a sign of respect as seen in other Eastern European culture. Outward displays of affection between good friends, regardless of gender, are a normal sight, signalling the degrees of warmth and openness that are common traits among Slovaks, like the intimate Romanian greeting. Friends meet with a double kiss or a handshake, and sometimes a hug. Girls and young woman often hold hands in the street – just good friends, sisters or cousins.

A friendly “dobrý den” (“good day”) or “dobrý večer” (“good evening”) upon meeting an acquaintance is the norm and is generally expected, as is the friendly utterance “dovidenia” (“till I see you again”) upon departure.

Long journeys, farmers’ winters, natural curiosity, and vodka are just some of the factors that contribute to the Russian’s desire both to open their souls to you and to hear your life story. After the first hour in the train, or the first drink, or the first smoking session during the lunch break, the guarded expressions will be gone, smiles will lighten the faces, and you will discover what it means to befriend a Russian.

When meeting a Russian for the first time, male or female, shake hands firmly while retaining eye contact. Looking away can be considered rude and indifferent. Men should wait for a woman to offer her hand first. Much like other Eastern European countries, Female friends usually kiss each other on the cheek three times when they meet, first on the left cheek, then on the right, and then a final time on the left. Close male friends hug and pat each other’s back. 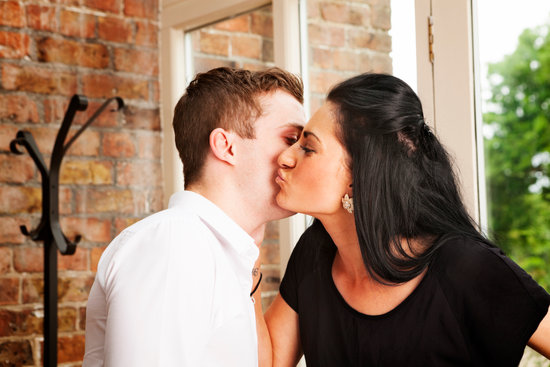 Get 50% discount with our coupon code: SUMMERCS50