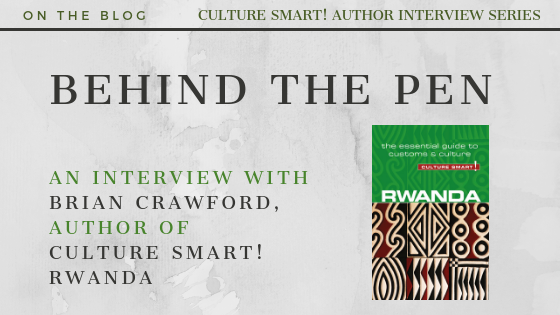 Welcome to the first of our series of interviews with the authors of Culture Smart!. In the series we take a closer look at who our authors are, how they became conversant in a culture they were not born into, and what they’ve gained from their cultural experiences abroad. 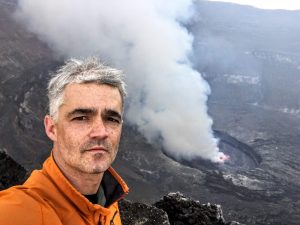 Meet, Brian Crawford, the author of Culture Smart! Rwanda. An English teacher by profession, and a polyglot with proficiency in six different languages, Brian has unique insight into the topic of interaction across cultural divides – with all their challenges and also their possibilities. Brian is also an established author: The Weaver’s Scar, published in 2013, is the first novel that deals directly with the Rwandan genocide written for young adults.

Brian, how did you first come to be involved in Rwanda and Rwandan culture?

In 2010, I was teaching Anne Frank’s Diary to eighth graders. In the middle of a lesson, I realized that I wanted them to learn about the Rwandan genocide in addition to the Holocaust, so that they could understand that, despite international promises to the contrary, “Never Again” fell short.

I began researching books to teach but soon discovered that, despite the plethora of excellent books on the topic, few to none were appropriate for fourteen-year-olds. Having always written as a hobby, I then chose to research and write my own historical fiction novel, which became The Weaver’s Scar: For Our Rwanda (Royal Fireworks Press).

The two years I spent writing and revising the book led me to read large amounts of material on the topic, learn conversational Kinyarwanda, and travel for the first time to the Land of a Thousand Hills. There was triggered a love for the country and people that went far deeper than history. Since then I have been back many times, and I am currently planning my next trip.

Could you share with our readers an experience you had in Rwanda which you think conveys something essential about Rwandans and Rwandan culture?

It is hard to choose one particular experience. However, being a linguist by education, I have worked very hard to teach myself Kinyarwanda. Speaking French, German, Italian, and Spanish, I have found in my European travels that few Europeans express much surprise at a foreigner’s being able to speak their language, unless you speak it very well. In Rwanda, however, it is extremely unusual for a Westerner to speak Kinyarwanda. As such, each time I speak Kinyarwanda (especially in the provinces), I am greeted with immense surprise and curiosity. Rwandans quickly want to know how I learned Kinyarwanda, and what I find interesting about their country. This has—on many occasions—given me an “in” with Rwandans, and we can immediately connect in ways that would not be possible otherwise. It is for this reason that I cannot stress enough the value of learning at least some of the language prior to visiting. Yes, it is hard work, but the work is well rewarded as cultural doors open.

On first arriving to Rwanda, did you commit any faux pas? What in your opinion do most foreigners get wrong?

The main faux pas that I committed were linguistic. Kinyarwanda is a complex language with sixteen genders or noun classes; and adjectives, prepositions, infixes, etc. must agree with the noun’s gender. Moreover, the language is tonal; different intonation can, for example, express either “to visit” (gusura) or “to fart” (gusura) so caution is recommended! In the book, I mention one example when I used the incorrect word for “restroom” in one of the nicest hotels in the country. Instead of asking for the restroom, I actually asked for the pit latrine!

The biggest mistake foreigners can make is to let Rwanda’s strained past shadow their view of the country today. Rwanda has come a long way since 1994, and its progress has been a model for many. I have met foreigners there who express curiosity about the labels “Hutu,” “Tutsi,” and “Twa,” even going so far as to ask Rwandans their ethnicity. This is highly inappropriate and offensive, and discussions of ethnicity should be avoided.

Is there a big difference in culture between the younger and older generation of Rwandans? What would you say is the young generation’s best cultural asset?

Absolutely. Younger Rwandans tend to be much more influenced by Western culture—in music, in mores, in dress. I have heard older Rwandans bemoan the younger generation’s perceived lack of understanding of some cultural elements, including proverbs, which have traditionally played a large part in communication in Rwanda. Furthermore, children born after the genocide are now adults, and so there is now a large part of the population that was not directly affected by the genocide. Rather, they are living with the legacy of what happened during their parents’ time—whether as victims, perpetrators, or diaspora returnees. This has led to a certain gulf in understanding between the generations of the legacy of ethnic conflict.

What do you miss most about Rwanda when you are not there?

In addition to the general atmosphere and lifestyle, I have a number of good friends whom I miss when I am not in Rwanda. Though the country is small, and though I have seen much of it, there are still many places that I have not yet visited. One of my favorite things about Rwanda is visiting smaller villages in the countryside, where one can engage in interesting conversations over a beer or urwagwa—banana beer.

Finally, how would you describe Rwandans in five words? 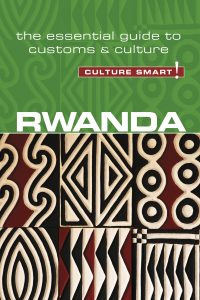 Brian’s Culture Smart! Rwanda is available now! To mark the title’s publication enjoy 25% off the RRP from our shop throughout January with the discount code NEWCS25. It is also available as an eBook here.

One thought on “Behind the Pen ∘ Rwanda”