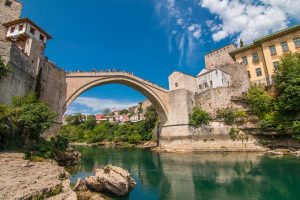 The Balkan Peninsula takes its name from the Balkan Mountains that stretch all the way from the Serbian-Bulgarian border to the Black Sea. Located in South Eastern Europe, the exact definition of the Balkans is often disputed.  Nevertheless, the countries that either entirely or partially lay within its borders are diverse in their culture and attitudes. To get you started, here’s 10 key values from across the region taken straight from our guides:

To find out more about the Balkans or to plan your next adventure, head to our Europe area page.