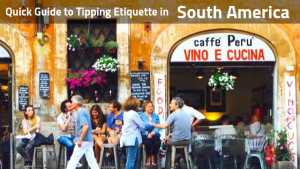 The societies that make up the southern continent of the Americas are different in many ways to their neighbors to the north. When it comes to tipping etiquette, practice varies widely. Here is the local take on how to go about tipping in some of the different countries of South America:

In Argentina tipping is more common in Buenos Aires than elsewhere in the country, although the practice seems to be slowly becoming prevalent across the country.

In restaurants it is customary to leave a tip of 10% of the total bill. Some restaurants will include a service charge of up to 25%, in which case a minimum tip should suffice.  It is also normal practice to tip hairdressers, ushers in cinemas and theatres, and taxi drivers, the latter usually by rounding up the fare.

In peripheral parts of the country tips are not generally expected, so you are unlikely to be confronted should you fail to leave one.

People normally round prices up in Brazil, so do not expect small change back.

Restaurants and bars usually include a service charge. If not, you should leave a 10% tip.

You should also tip people who “look after your car” plus hotel and nightclub staff, when appropriate. 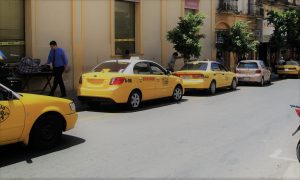 A minimum 10 percent tip is recommended in restaurants and bars in Chile. Leave the tip on the table and avoid adding it to the credit card payment—this is to ensure that it reaches the waiter or waitress.

Taxi drivers do not usually expect a tip unless they help you with the luggage. Tip the porter in hotels.

All except the simplest establishments accept credit cards. Remember that in top to midrange hotels tipping is expected.

In Colombia Tipping is not common. Colombians tip the car valet, hotel bellmen, and waiters in restaurants, but that’s about it.

Restaurant tips (10%) are automatically added to restaurant checks. Colombians stop there and do not leave anything additional. If you leave a little more the waiter will be thrilled, but it is not expected.

You are not expected to tip taxi drivers, gas station attendants, or grocery store baggers.

Giving a tip for good service is not compulsory in Ecuador.

Locals rarely add any extra to a restaurant bill at an upscale eatery, which will already include an added 10 percent service charge and 12 percent tax. At informal places where you pay no tax there is no need to tip, but most wait staff are low earners, so if you’ve had good service you can show your appreciation in the form of a dollar or two. Tip the person directly; don’t leave money on the table.

When taking a guided tour at a jungle lodge or in the Galápagos, the usual rate for tipping guides is anything from $5–$10 a day; you can give more or less, depending on the service you receive. Don’t forget something for the driver or boat crew.

If you are driving, there’s no need to tip gas attendants unless they wash the windows and check the tires—50 cents to a dollar is fine. If somebody is watching your car for you, 50 cents is fine; tip them when you leave.

At supermarkets there are often people who will pack groceries and carry them to the car for 25 or 50 cents a bag.

For a $7 haircut, if the barber does a good job, a dollar tip is a good way to thank him.

There isn’t a culture of tipping in Peru.

In most restaurants and cafés you are not expected to tip, though in some upmarket restaurants customers may leave 10 percent.

However, hotel porters at better hotels will expect a small tip to supplement their pay.

Car drivers should be prepared to give something to the watchman who keeps an eye on their car when parked in the street outside a restaurant or shop—up to $1. It’s more a payment than a tip.

Taxi drivers do not expect to be paid more than the pre-negotiated fare.

If you enjoyed reading our quick guide to tipping, do check out the full Culture Smart range on our destinations page. 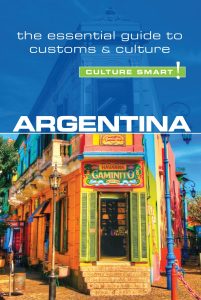 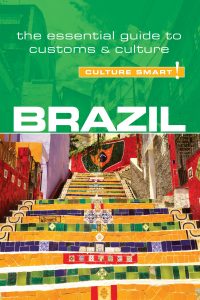 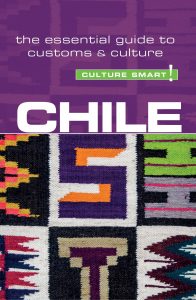 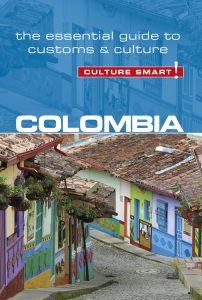 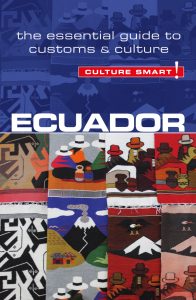 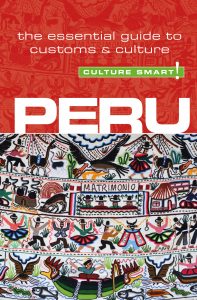