Discover the last true Shangri-la – no longer hidden within the folds of the mighty Himalayas.

In Bhutan, mask dances, called “cham”, are performed during a “tshechu” (a religious Buddhist festival), depicting and describing, through movement and music, the teachings of Buddha and the dharma. They are broadly categorized into three distinct themes: dances with moral stories; dances that purify and protect from destructive spirits; and dances that celebrate the triumph of Buddhism and glorify Guru Rinpoche and his deeds.

The dances are a powerful way of bringing Buddhism closer to the people, who largely depend on the clergy for guidance on the spiritual path. The Bhutanese believe that the mere act of watching the “cham” allows the spectators to gain merit and receive a special blessing.

“Atsaras” (clowns) are an interesting feature of the festival ground, frolicking around and entertaining the crowd with their antics, and often brandish a large wooden phallus. Each dance is meaningful, but some, with their dramatic narratives and visual splendor, are particularly popular with the audience.

The “Raksha Marcham”, or the Dance of the Judgement of the Dead, is one of the most interesting mask dances performed at the “tshechus”. The drama unfolds with the dance of the Rakshas, the aides of the God of Death, “Shinje Choekyi Gyalpo”. It is Judgement Day, and the first to appear before the God of Death is a sinner, dressed all in black. His sins outweigh his good actions, and he is sent to hell. Then comes another person, dressed in white, and again, the God hears his deeds. He is found to be virtuous and led to the pure land.

Culture Smart! Bhutan gives you an insight into the country’s history, values, customs, and age-old traditions. It describes the historical circumstances that have shaped the Bhutanese people and their way of life. It debunks some myths and helps you to discover this fascinating country for yourself. It highlights changes in attitudes and behavior as the country modernizes, while offering guidance on how to develop a rapport with the Bhutanese and forge meaningful friendships. 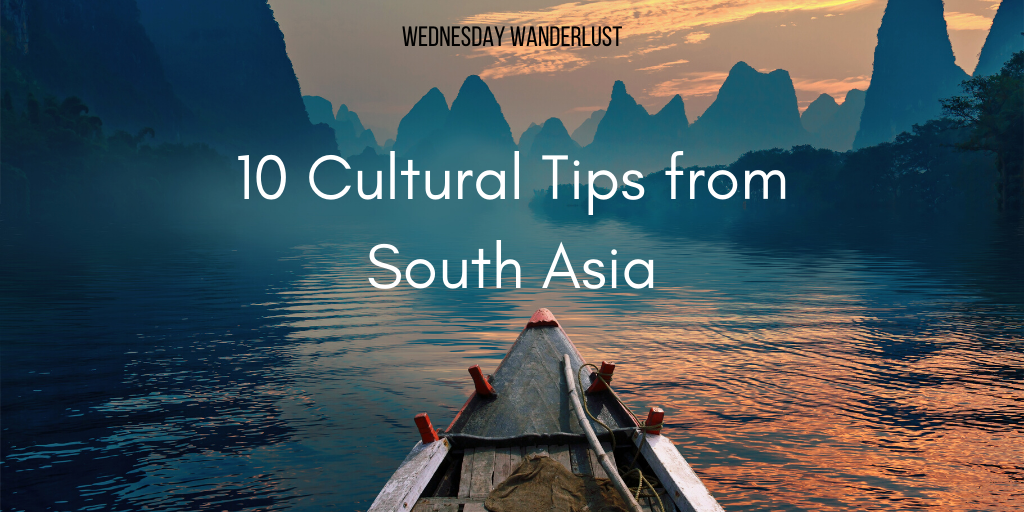 Planning a trip to South Asia or just want to learn more about the region? The following tips and facts will give you an insight into its rich and varied culture for all your travel needs:

1. There is a saying that Bangladeshis maintain ‘Bangladesh’ time, and so you might notice that they display a rather casual attitude toward timekeeping. If you are visiting someone socially, allow plenty of time for this relaxed attitude: they will want to chat before a meal and then relax and chat some more, afterwards.

2. The many festivals and celebrations of Bangladesh have given rise to the expression “baro mashe tero parbon” (thirteen festivals in twelve months). These include Nabanno Utsab (Harvest Festival), Basanta Utsab (Spring Festival) and Pokela Boishakh (Bengali New Year’s Day). This New Year celebration is actually held on April 14th as it follows the Bengali calendar, rather than the Western Gregorian calendar.