The Winter Olympics are only a few days away and this year will be held in Pyeongchang, South Korea. This is a victory for South Korea after their bids were rejected for the 2010 and 2014 games. This unique region lies 80 miles from Seoul and 50 miles from North Korea. Getting there previously was so difficult the roads were described as sheep intestines! However, due to the upcoming Winter Olympics, the government have increased funding into transport in order to make it more accessible for tourists and athletes. Over $13 billion has been spent building a bullet train and highway, including 78 bridges and 98 tunnels, improving access from Pyeongchang to Seoul. In addition to this, money has been put towards building sports facilities such as ski slopes and ice rinks. For such a hidden away gem, this destination is a massive achievement and one which is sure to spark wanderlust for all those that will watch it in the games.

Yet, there is so much to see in South Korea beyond the upcoming Winter Olympics. Its rich cultural beliefs, natural scenery, as well as foods and transport are guaranteed to keep you intrigued. Natural beauty can be found in Samhwasa, a scenic point for poetic or painting inspiration, Yonghwa Beach, known for its seawater and freshwater which holds fresh seafood or even Cheonjiyeon Falls often described as ‘the pond of the gods’. If nature is not a point of interest, you can hop on a taxi to grab some local delicacies, but just remember taxis are colour coded according to the level of service. In other words, an orange or silver taxi will be a simple car, while black cabs will drive you to your desired location in style. If you find your stomach grumbling, feel free to try Kimchi, a national fermented vegetable dish with over 250 varieties including cucumber, radish and cabbage. Or if that does not tickle your taste buds, and if seafood more likely holds your appeal, try fresh seafood dishes like Ganjang Gejang, a Korean favourite made out of soy sauce and crab. You can even give seaweed a go- South Koreans harvest more than 90% of the world’s seaweed consumption!

There are a few cultural tips to remember along the way in order to avoid offence. Whether watching the Winter Olympics from home, plan to go there in the future, or even meet a South Korean, please bare these in mind. There is a cultural avoidance of the number 4, known as tetraphobia, and will avoid flats and apartments with any link. Many people are also superstitious in regards to writing things in red, due to the belief it symbolises death. If you write a person’s name in red ink, they may think you consider that person to be dying or will die soon. On the other spectrum of life, when born, a child is already considered to be one year of age and will turn two at the next Lunar New Year, but a celebration is only held once they hit the 100 day mark. These are just a few reasons as to why South Korea and people of its culture are incredible.

So there you have it, a few cultural tips and reasons why South Korea, and the region of Pyeongchang, is the most unique place to host the Winter Olympics. Stay Culture Smart!

To learn more about Korea, you can purchase our Culture Smart! Korea guide on our online shop: 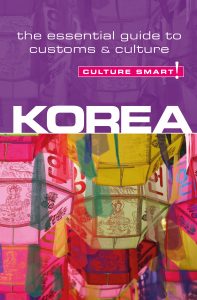 Use our code: CS-GUIDES to receive 25% discount. Free UK P&P.

2 thoughts on “Feature: Why South Korea is the most unique destination for the Winter Olympics.”