Juliana Tzvetkova is an academic and intercultural intelligence trainer with over thirty years of international experience. She was born and educated in Bulgaria, and holds an MA from Sofia University’s Faculty of Classic and Modern Philology. She has taught at the Medical University of Sofia and done freelance work for the foreign service of the National Radio. She has translated fiction and non-fiction for two of the largest publishing houses in the country, as well as documentaries, feature films, and TV series for the Bulgarian National Television.

She also did the translating, interpreting, and background research for Economist Intelligence Unit publications in 1997. In 1998 Juliana moved with her family to Canada, where she has been teaching for a community college in Toronto, Ontario. She started her intercultural training experience teaching adults in Dubai, the United Arab Emirates where she taught liberal arts and communication courses to Emirati college students. She has worked around the globe—from Sofia to Luanda, Toronto to Changchun, Dubai to Shanghai, and the oil-rich towns of Aktau and Atyrau in Kazakhstan – as a consultant and trainer of trainers on behalf of Centennial College where she is professor of communication and language studies.

Today she continues to provide intercultural intelligence consulting and language training in Canada and China while continuing to write on culture. She has contributed an article to the Etiquette and Taboos Around the World encyclopedia, and authored Pop Culture in Europe, the third book of a series dedicated to the popular culture in different parts of the world, to be published in November 2017.

Just like most former communist countries, Bulgaria has been living through colossal political, social and cultural changes, triggered by the end of the Cold War, the velvet revolutions in Central and Eastern Europe, the violent collapse of its western neigbor Yugoslavia, and the expansion of the European Union and NATO. Despite all of these dramatic events, and their unique cultural mix of optimism and pessimism, hope and futility, enthusiasm and apathy, contemporary Bulgarians have succeeded to preserve their audacity, open-mindedness, national pride and historic memory along with the newly-found self-confidence of an equal member of the family of European nations.

I spent two years in Angola as a young teacher of English, and this experience left an indelible mark on my impressionable nature. Yet, having lived there through rationing, curfews and travel restrictions because of the then-raging civil war, I had left Luanda just once, and seen little of the natural beauty of the country. Three decades later I returned to Africa as a tourist, and the wide expanse of Kenya’s Masai Mara, the silent savannah just before sunrise, the majestic silhouettes of elephants and giraffes, and the smitten couple of lions our jeep followed for an hour, will forever live in my mind and heart. 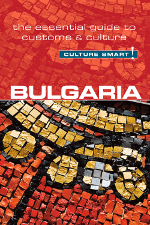